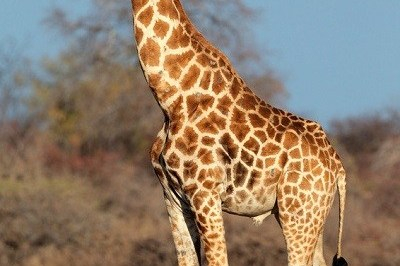 (Note for the mathematically trained: here is a technical primer, by Oliver Knill and Annie Bak, on how differential equations such as those found in classical continuum physics can be rigorously set in graphs; it uses the calculus on exterior forms to make this steel-hard case. UPDATE: here’s a tutorial that explains pretty much all the intuition without as much abstraction.)

I’ve acquired the habit of saying “physics” when I mean “potential theory problems in graphs”. Physics is so much more interesting when it loses its attachment to reality (and therefore reality-concepts) anyway. Physical reality is presented to us as continuous (up to the quantum limit, which doesn’t really matter) and symmetrical, but is this the setting in which any of us operates?

You’ve read me make a lot of noise about time — about tempo, kairos, the vortex of distributed asynchronous contemporalities. But much similar work can be done for space as well.

As it turns out, continuous space is a bitch. You have to learn the calculus to even know what “speed” and “acceleration” mean, and then something called real analysis to reacquire some of your previous self-esteem. The calculus is a rich mathematical theory continually boiling with applications — 300-odd years after its ostensible discovery; but it can be described (with some violence) as being concerned with the following symbol:

The traditional (leibnizian, i.e. pre-weierstrassian) account of this symbol is that it stands for the ratio between two very small differences — for example, the very short displacement of some pebble in an instant of time. This is to be distinguished from the formula

. This latter symbol is a true point de capiton of elementary mathematics: it has no intrinsic meaning, since

is a division by zero; but yet the symbol

holds in place a chain of smaller and smaller differences — and makes physics possible. Thus the admonishment given by calc101 teachers everywhere: look but don’t touch.

There’s a lot of pomp to the calculus. This is needed because differences in continuous domains are tricky. But we could regress to a simple mathematical space where only two points exist. There is no calculus in this world because there is nothing to difference over. But if we could conceive these points as being connected, the difference would appear bright as day. This is easier to see at first (but not a fundamental feature) if this connection is oriented (say,

): the difference is written on the bridge between them as

Such bridges also exist in calculi over continua under names like “tangent spaces”, but again their role is obscured by the burdens of continuity. In this simpler setting where domains are collections

of points, difference is not inscribed in paradox, but in an incidence structure

is the “image” or set of possible values for the bridges (or edges, arcs, lines, etc.). The incidence structure can be given in matrix form, with one column per bridge and lines that are nonzero where they’re touched. Of course, Deleuze and others have described to great pains how difference (in its fullest philosophical sense) co-incides with mathematical differentiation, but their efforts were partially thwarted by the confusing nature of continuum calculus. Their point stands, and is so much easier to understand in this setting.

You should try a few examples with pencil and paper. Consider, for one, three points

and the incidence structure

There are two differences here:

on the first arc and

on the second arc. While in

differences from  left to right are

Differentiating lines takes us to points again. This isn’t hard to see, and the algebra works like a charm. Topologically, differentiating

(the direction  of the arrow is unclear until the numbers are crunched) where points are the lines in the previous structure and lines connect what were lines before if they were joined by a point. (Intensities of intensities are extensive. Meditate on this magic formula.) Since we already have the values for these points, so the difference in the new bridge is the second difference in

In continuum-land, this difference-of-a-difference (the Laplacian operation) is given the symbol

. Much of continuum physics involves relating

to time-derivatives; and some applied engineering profits from applying the Laplacian operation to discrete incidence structures (circuits, pipe-works, etc.) But what gets me philosophically agitated is the potential equation

is a known function of the domain and

is the yet-unknown behavior to be determined, can be used to predict the future, but in the equation

is the conventional notation for “inverse operation”, and the scare quotes are, well, scare quotes) we’re trying to see the pneuma, the breath, the agitation that precedes agitation, the invisible seeds of revolution.

Scare quotes find themselves into equations when these describe something that either isn’t fully defined or can’t be done under the proposed terms. If you’ve played with a few laplacians for different graphs and tried to solve

, you’ll have noticed that the systems are underdetermined; there are many possible solutions. Then what? You can try to obtain a “best fit” in the sense of linear regressions (since the whole thing is ultimately a big set of linear equations); that may have conceptual implications, but that’s hard to see.

What engineers do about this problem is to set boundary conditions. Take the heat equation

:  any given time thermal disequilibria (i.e. anomaly) is quantitatively negligible; how are supposed to see the equation at work? One solution: fix a boundary and give it a fixed, exogenous temperature. (Do this in one dimension and it gives you the Gaussian probability distribution. How unlikely is that?)

But what is a boundary here? I’ve been giving this stuff a lot of thought.

This image is a picture of a journal. A literal journal; I’ve written a little gadget to have on my phone that lets me take notes of records I’ve listened to, interesting arguments I’ve read, and so on. You can’t read anything because it’s a zoom-out; the text would overwhelm the picture. Let’s take a closer look.

You shouldn’t give mind to its actual contents; they’re pretty much stream-of-consciousness and often half-mindedly jotted down while watching YouTube videos. The point here is that journaling is done by inserting new nodes and connecting them in ways that seem to make sense. This produces an incidence structure (a “tangent space”) of whatever has attracted my attention. The incidence structure produces values on the arcs (which here are undirected); to produce values on the nodes, we have to differentiate again and obtain a Laplacian.

Now: in a network like this, nodes already have natural values, “centrality scores”. The size of circles in the pictures above reflects this. But what is really interesting is to probe into what gives these nodes the centrality they have. To approach this, I’m stealing from Gauss’s reformulation of Newtonian gravity,

is the mass density in continuous space. This gives us the colors of the nodes,

which range from “collapsing into itself” to “expanding”.

But hey, scroll back: why are most nodes yellow? Mostly, they’re not a neutral yellow, but rather a range of colors representing a range of values; our eyes’ color resolution confuse us. But more importantly, some nodes have had their potential forcefully set to zero — i.e. stationary. To wit, every node that is terminal (a “leaf”), and every node that is just a link between two sub-networks (a “weak link”) have been declared by fiat to be gravity neutral — quilting points, holding the whole thing from collapsing on its own weight.

[If you are savvy with this stuff, you can find the source code for my app thing on Github. But be aware that most of the cool stuff is in the develop branch, and that the master branch is purposefully stale.]

There was a trashy sci-fi movie featuring Will Shatner and Mr. Spock which was panned by reviewers as a “shaggy God story”. (A “shaggy dog story” is a long joke with a lame punch line). This essay risks being a “shaggy theory story” in the sense that it took a long digression on subjects about which readers of theory don’t usually care to arrive at the point in which probing the pneuma requires boundary values — couldn’t I just have said that saying things involves assumptions?  But hey, the road to general axiology is paved with a lot of detail, despite of the fact that asemic horizon has always tended to emphasize the point that abstraction (the sparse matrix algebra solvers that makes computing high-dimensional graph laplacians feasible in an interactive exploration setting) is leverage and lifts us over particulars not worth our (yours and mine) time.

I didn’t set out to write “physics code”; I had tried to get into “mindmapping” multiple times, but mindmap software is invariably DAG (tree-like) and the ceremony of sitting to brainstorm ruins — as I’ve found out exploring the physics — my ability to really map out the space of symbols that surrounds me. I also didn’t set out to develop theory in the sense that has consumed asemic horizon, the original point was to do political commentary. I did anchor on Jair’s truth-rain for a long while; in a very concrete sense, these are boundary value conditions that can still be read all over the place.

Now, the physics of my own personal notebook are unlikely to be the same that would apply to theory. Indeed what would be needed is first to map the incidence structure that connects the partial overlaps between incidence structures internal to axiologies (this is analog to the problem of feedback under multiple tempos); twice therefore generic structure is revealed to be polyrhythmic.

And there is the payoff: much like the Situation revealed itself to us as a rhythmic pattern of (tempo) clicking, General Axiology insinuates itself as a spiraling pattern of boundary value-sets.