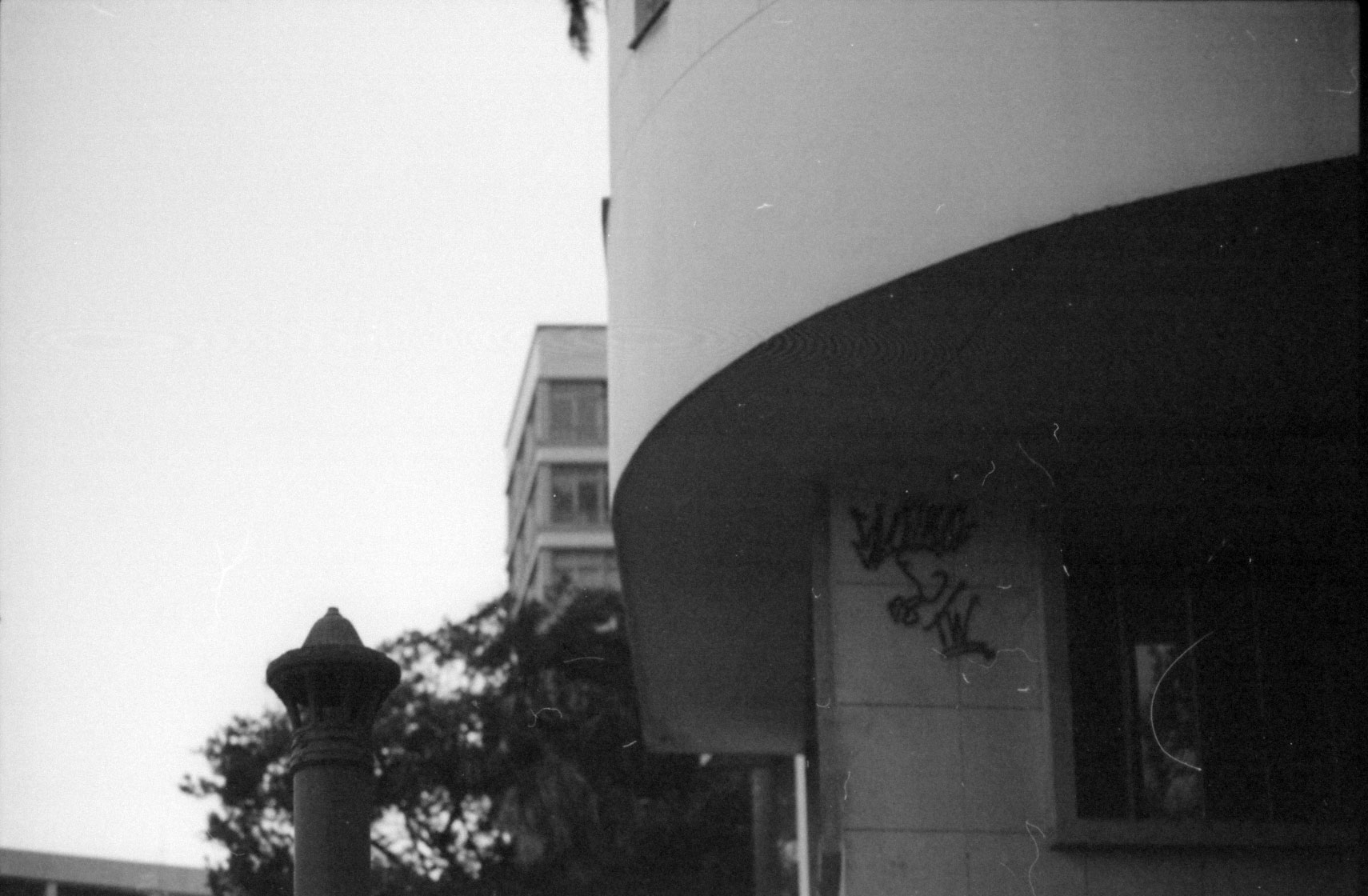 This is a new introduction to this blog.

In loose fluid text chats I tend to use expressions that are oversimplified on the order of “pears are an axiology”. The underlying point, laboriously conveyed over long stretches of conversation, is that there are theories of which pears are preferable and theories of how best to consume them (green? yellowing?); therefore pears can be substituted by an axiology of pears. This is, of course, eminently silly. Pears are delicious edible things and to extract an axiology out of them sounds like a essentializing (ie Platonic) gesture that tries to obtain the “delicious pear qua delicious-pearness” lurking in an outside world of ideas. This is false! Axiologies are apraxic theories indexed to the thing-of-the-world, axiologies are Heideggerean hammers, flamenco guitars. En la guitarra flamenca hay una conversación entre la guitarra y el guitarrista. And yet isn’t it useful to consider the apraxic guitar for its implied musicality and guitar music qua music?

Music theory is the only way in which the ability to understand flamenco guitar music can be decoupled from the indefinitely specific experience of gitano jerezano life. But note how music theory refrains from demoting the qua to an in facultatem — literally any music theorist will tell you there are indefinitely many theories of the valuable ways to arrange musical sound. This is how the civilizational achievements of guitarra flamenca can be conveyed as quability conditions. Despite his payo (non-gypsy) condition, Capullo de Jerez proves himself by fire (and not by theory) quable to gitano flamenco. It’s not that Capullo can be proven adequate to flamenco, it’s that the numinous formula of the duende (the diabolus in musica that at critical moment takes over an artist’s soul in Andalucía) is verified true by him.

Let me repeat for emphasis: the axiological turn is not a “Platonism of the pear”. The fact that this point was not emphasized until now obscured the role of satisfiability (the logical stereotype of quability) and frame axioms in the theoretical mood of the axiological turn. Theory down this rabbit hole feels pure and formal and void, and it is so in its scarce moments of clarity. But these moments of clarity are not the product of an algebraic pipeline of concepts building up on concepts. Theory down this rabbit hole is not logically deduced from anything. Deduction is the verification of formulas from a given interpretation of its terms; satisfiability, in contrast, is the fabrication of interpretations that verify a given formula. Satisfiability (and by extension quabilities) should not be confused with the fabrication of instances from prototypes! Valuable as sheet music is, it’s not software code that can be used to 3D print another Capullo de Jerez. It’s also not merely descriptive of flamenco, it actually can’t describe it past a certain level of theoretical abstraction. It’s not a simulacrum, nor an ontology — it’s something else.

The style and organization of my writing here is not meant to invite skepticism or passing dismissal, but nevertheless courts a sub-par response to something I believe to be the “ruminative murmurs of a complex theory yet to be heard” (this poetic expression is due to Malcolm Bowie). This willingness to risk an underwhelming reception has many immediate reasons, many of which have to do with the fragile (but also protean) early stage of theory itself, but some also to a kind of integrity that operates through a protocol of decency by self-sabotage. This protocol encompasses (i) a strategy of deliberate counter-signalling (through the insistence on precise technical terms to learn rather than an effective and gradual pedagogy) and (ii) an effect of automatic counter-signalling (through sheer accumulation of obscurity due to terminology, bad writing, disorganized exposition in blog form, etc.) Some of it, admittedly, is peacocking —  Boolean logic or the complex-valued calculus are way too inaccessible to (the vast majority of) conspirators who grok the Heidegger story at an intuitive or intellectual level, while the (relatively less common) engineers doing SATPLAN work have made pfft noises at philosophy for their entire lives. If this isn’t intersectionality I don’t know what is.

Countersignalling is, as we’ve explained in our prior discussion of bikinis and the dance of the seven veils, at the heart of seduction.

Theory as it stands now is comparable to the elegant and uniformly continuous movement of the matador‘s red cape that conceals his sword and fools the bull once. But the bull is still alive, and the matador would be foolish to self-congratulate for too long. The axiological turn is an elegant move that both exposes the matador to the indefinite complexity that had left him initially quavering in fear and staves the danger for a second and third turns. The misunderstood art of the matador is not “bull fighting”; the creature has been significantly weakened in the tercios de caballo y de banderillas. By the time of the tercio de muerte, the bull is slowly dying in a way that makes him a tragic hero, almost deliberate in its still-awesome capacity for violence. The fate of the matador is not to kill the bull (this happens almost out of mercy for the fatally hurt animal) but to meet his own death. Although matadores could carry pistols in principle, in fact they are very often gored and used to die like fireflies before modern medicine. But that’s a failure: tercio de muerte is only transcendent by grace of the gods of contingency. Likewise: the misunderstood goal of theory is not to replace reality or explain something real by layering abstraction after abstraction — these weaken the real thing and leave us with a creature that’s still complex, but cognitively more manageable.

The axiological turn was born out of the awkwardness of the theoretician faced with singular political events. Ultimately such singular events are surface cracks produced by tectonic structural affairs that are inordinately difficult to describe, let alone present as something other than a partisan mistranslation of a complex matter. The axiological turn weakens the turbulent violence of politics, it performs tercios de caballos y banderillas where praxis and agency are respectively plucked, leaving the mere structures of value and valuation. But although the “Heidegger story” (the Situation) does not vanish from reality by doing this, a powerful technical apparatus (larger and smaller axiologies) emerges; what’s more, general axiology appears as a distant possibility in the (asemic) horizon. A parallel “Tarski story” shows up; quability is declared to be comparable to satisfiability modulo theories (eg integer arithmetic), even though its technical implementation is much more perilous. Because we’re lazy and understaffed and because reality matters, the Tarski story is weakened in favor of having at hand the global furniture of the Heidegger story.  It’s still there, that magnificent Miura bull. It tasks us. Only by facing the bull again and again until the point of transcendence the promise of general axiology can be fullfilled.

The selling point of general axiology is not that it might exist; it’s that it might elevate its conspirators to a place of infinite wealth, beauty, wisdom, ecstasy. (The matador perhaps typifies ecstasy the way sugar typifies sweetness. I would show you videos, but tauromaquia is not pretty to look at). But what theory can actually offer is to elevate the conspirators from their fishlike existence to marine biologists and from there on to alien engineers. The major technical obstacle toward general axiology is the need to explicate the Tarski story with poorly-written text and copious analogies. Boolean (SAT) and logical theory (SMT) satisfiability schemes can be deployed. What’s more, they can be mobilized to solve complex logistical problems. Even more: this is achieved by a clever style of defining frame axioms, which are formulas that when interpreted in satisfiable manner carry forward in time the state of the logistical system. Each of these technical concepts (frame axioms, Boolean algebra, satisfiability) can, in principle, be directly applied to problems of quability, but at the cost of severing their ties to the Heidegger story.

At one point the vaunted space opera, which is password-protected and out of bounds for casuals and most conspirators, was documenting an attempt to actually code a simple quability scenario using basic SATPLAN (logistical) techniques; this quability problem should minimize the loss of its Heidegger story in favor of being a proof of concept. As it turns out, formal verification at this level doesn’t really matter, other that achieving a kind of experiential knowledge with what SATPLAN achieves after all. Understanding in some depth the dynamic world that can be specified through frame axioms can be an illuminating spiritual experience; it’s possible to know in your heart that the ensuing excursion into the nature of time — the times of mr. Süsskind, of tempo and of opportunity — are really implementable in the frame axioms of a would-be SATPLAN-qua-quability program. Frame axioms are ultimately the midchlorians of the  General Axiology story; they were revealed to us in the effort to make clearer sense of a crucial aspect of the Heidegger story (truth-rain, ie the ambient conditions of truth) at a time that we worried that specifying a proper metaphysics of the Situation was the key (deferred, possibly indefinitely) concern. As it turns out, if we were to fret about the philosophical underpinnings of theory, we’d have to find it in SATPLAN.

Again: due to understaffing and rapid growth and the growing complexity of theory itself (in a matter of months, ambient conditions axiologies, then made larger and smaller; then di/bissected in left and right halves; then time; then scenarios and diegesis…), both the Heidegger story and the Tarski story are vague and deferred. But as already definitely established by Hubert Dreyfus (who happens to be, alongside Graham Harman, one of our key Heidegger references) computers can’t really cope with being-in-the-world; and, on the other hand, putting some scholarly muscles on the Heidegger story wouldn’t add much to what conspirators should really acquire deep intuition about. The usefulness of the vast majority of words committed to this project so far: seduction. I need readers to suspect there is something interesting going on; I need to keep conspirators interested.

Sexy photos omitted, this is the story so far. Yes, there’s stuff about Jair, and in the archeology of theory the unbearable awkwardness of trying to give the Heidegger story (augmented by some sober local analysis that everyone else is missing by running to and fro like headless chickens) of politics. But theory has grown to the point that an introduction that does not digress into Jair and Brazil can penetrate the immediate mental block people have acquired about this subject. There’s an apparent contradiction in this: Jair was never a countersignalling tactic; we see nothing provocative or insolent about this topic’s role as one of our ongoing central threads. But, if as we suspect Jair is extradiegetical, then maybe a presentation of the basic floorplan of theory does not have him in the diegesis. This is the very same reason you read me vacillating between “I” and “we” sentences — that’s me moving in and out of the picture frame. Is the picture frame characterized by the frame axioms? Cue in that Keanu Reeves GIF.

I’ve been asked: are these post titles just for mood, or are they somehow related to the text? The header images are just for mood; this includes eventual Lacanian diagrams. The titles make sense once you’ve read the whole thing (which may mean a number of previous posts; I’m trying to link them during the text).

I am now answering questions and sharing googly-eyed late-night insights on Telegram; just search for “asemic horizon”. Load that Zizek voice sample: In a perverse way, the space opera is moving over there.